Another great print and Installation by Crescent Press

Founded in 1997, Crescent Press has built a reputation serving advertising agencies, creatives and print management firms across the UK. Initially a Birmingham-based litho printer, 2010 saw the company relocate to Solihull in the West Midlands. An acquisition in 2013 introduced large-format print services for the company’s client base. In the following years it continued […]

Crescent Press has revealed that it was one of six selected by Royal Mail to print the limited edition Olympic and Paralympic stamps during London 2012.Crescent Press was sworn to secrecy until now, as Olympics commissioning body LOCOG prepares to disband.The business, which employs 20 people at its Shirley site, met with Royal Mail at […]

All that glitters is gold

Digital technology has had such a big impact on the industry to the point where companies that had used litho presses for a number of years are now switching over to new kit. Although some remain loyal to litho, others are taking on digital machinery in order to take advantage of new opportunities made possible […] 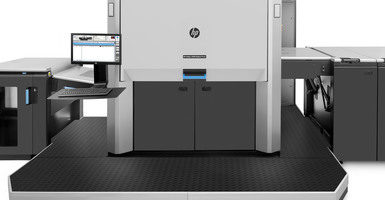 Crescent Press has invested £1.5m to bolster its digital printing

Crescent Press has invested £1.5m to bolster its digital printing and finishing facilities, which included the installation of an HP Indigo 12000 and five Horizon systems. Taken on at the start of April, the circa £1m Indigo replaced an aging B2 litho press at the commercial printer’s Solihull base. Prior to 2013, the firm’s offering […]