We have worked with a large number of clients at Crescent Press over the years and here are some of the projects that we have worked on.

Out of the Box thinking at Perfect Home

It was a absolute pleasure working with their team on this project and we are looking forward to producing more fantastic graphics for them in the near future. 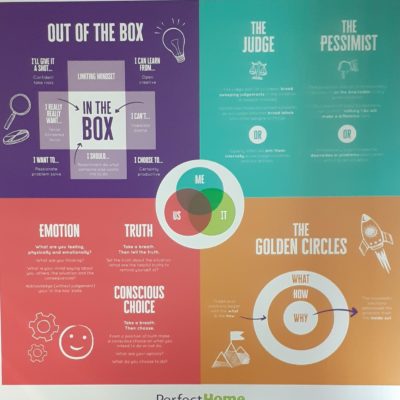 Another great Installation by Crescent Press

We are really proud to have been chosen to produce this stunning wallpaper for installation at the Edgbaston Park Hotel (Part of University of Birmingham). This superb graphic is 4.5m x 6.5m and printed on diamond metallic wallpaper.

The Edgbaston Park Hotel and Conference Centre is part of the University of Birmingham Group. The University of Birmingham, one of the world’s top 100 institutions, has always been a pioneer: founded in 1900, it was the UK’s first civic university, welcoming students regardless of their social or religious background. Today, it continues to make important things happen. It’s a vibrant community which thrives on being innovative, original and ambitious – values we’re proud to share.

The striking contemporary lines of the modern hotel and conference centre are framed by two distinguished original buildings. Garth House is Grade II-listed, the work of leading Arts and Crafts architect William Bidlake and now beautifully restored in period style as a luxury hotel. Hornton Grange, built in 1928, is now a boutique hotel, and like Garth House has enjoyed a full refurbishment with bespoke detailing to retain all its character. Together, they offer a wide variety of comfy rooms, dining options and event spaces. For conferences, the meeting rooms in the conference centre provide flexible, well-equipped venues for groups large or small.

If you have an idea or a design that you would like to discuss with us please call Andy on 0121 711 1014 or email Enquiries@crescentpress.com

We produce all the monthly news letters for Marston’s Brewery and when they came to us asking for some kind of bespoke packaging, we designed and came up with a concept to produced a box that was personalised for each of their pub managers – this has been a great success and we are now doing more personalisation on packaging for Marston’s and many other of our customers.

As we run the HP Indigo 12000 digital press we can produce short of long run packaging for almost any application. 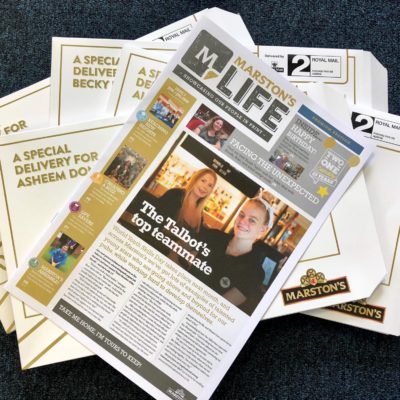 One side of the Molineux Subway is dedicated to the football club, while the other highlights the city’s university.
It was a recent project with Wolves that threw Crescent Press into the spotlight of the media. The firm was asked by the club to refurbish the Molineux Subway—one of the main walkways towards the team’s Molineux Stadium—as part of a wider initiative between the football club, Wolverhampton City Council and Wolverhampton University.

Andy Matthews, managing director of Crescent Press, comments: “The subway was refurbished by panelling the interior walls and applying the graphics on site. The one side is a fantastic time line of the history of Wolves and the other side is an insight to life at Wolverhampton University. 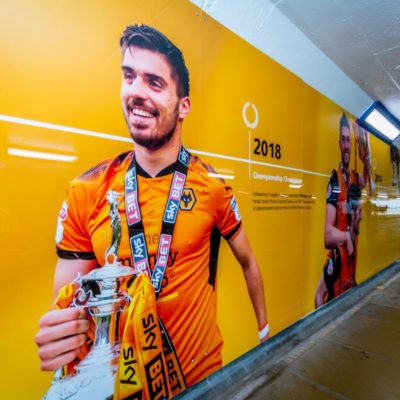 Crescent Press where one of six printers in the UK selected to print the Royal Mail celebratory stamps for each Team GB gold medal win during the London 2012 Olympics and Paralympic Games.

The printers, many of which were selected more than two years ago, were charged with producing tens of thousands of 96-stamp sheets for regions in England, Scotland and Northern Ireland.

With LOCOG, the Games’ organising body, preparing to disband at the end of December and Royal Mail managing director of stamps and collectibles Andrew Hammond visiting the printers to thank them in person, they have been given the green light to reveal their identities and talk of their experiences.

Each of the six printers then had to overprint the stamp images on pre-prepared base sheets, often having to work though the night in order to meet an early-morning deadline, varying from 4.30am to 7am, when Post Office couriers would pick up the stamps so that they could be on sales in Post Offices within 24 hours of gold wins.

Andy Matthews, Manageing Director of Crescent Press, said: “Within one hour of a British athlete winning a gold medal, we receive the artwork. The stamps had to be printed on all sites within an hour of that, then trimmed and collated into the unique gold medal bags and ready for the Royal Mail drivers to collect at 7am the following morning, so that they could go on sale at 9am.” 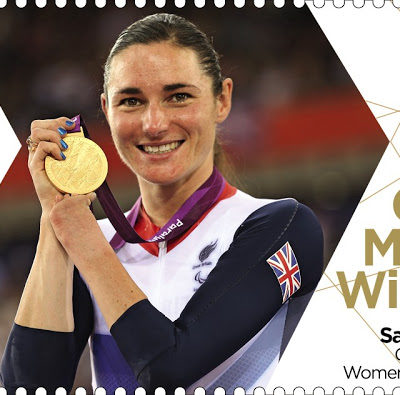